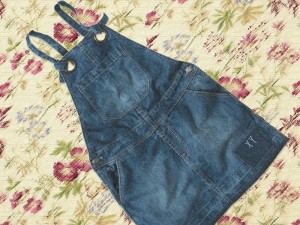 We may stir up a hornet’s nest with this one, but what the hell! When the previously radical becomes its own establishment it becomes as much a legitimate target for having “bum” written on it as “da system” does. That said, where’s my felt-tip pen?

If you rarely frequent the loopier bits of the internet, and you don’t read the Mail or The Guardian, you may want to check out Kris’ post on his ranty shouty blog for some back story.

In short, there’s a war going on between the army of the “Yuk! Boys are stinky!” fundamentalists and the forces of glam-queer libertarian gender-freedom.

It’s a war that doesn’t show any signs of ending because one side, er, exists, and the other uses highly-paid jobs in journalism to shout about being silenced and doesn’t know when to put a sock in it. Can’t we all just get along?+

The song says it all really. With big thanks to Raves for the idea and the title, we present my first attempt at singing since I was about 13, lumped in with a chunk of Ting-ting-tastic Flying Madonna Lizard, and a huge swodge of Gaga.

Imagine a sparkly spike heeled boot, worn by a Bowie-esque dandy highwayman, jamming with Lady Gaga dressed as the queen of the spiders from Mars, pounding analog synths and glitter in the bass bins, in your face, forever …

+ And don’t think we’ve forgotten you either, Littlejohn …