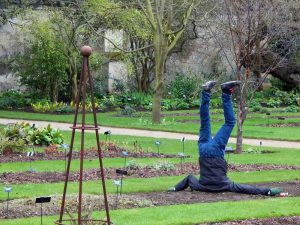 Look, we know that we’ve been away for a few months, but we’ve got a REALLY good excuse and, while we are loathe to play the organ failure card, we do have to say: ORGAN FAILURE. Unexpected, moderately inconvenient, dropped-out-of-the-sky organ failure.

If you’re anything like us then 50% of you will have recently been hit by an autoimmune disorder that, somehow, got lost on its way to your skin and instead decided to hijack your kidneys (either out of sheer embarrassment or simply a stubborn refusal to consult Google Bio Maps).

There you are, enjoying a nice, crippling headache one Sunday afternoon and, all of a sudden, BOOM! The windows blow out, the oxygen masks drop, and the pilot comes over the intercom to tell everyone that they might as well light up and treat themselves to a cigarette before the vessel nose dives into the ground like a fucking dart.

So, to help pass those interminable hours before you’re extricated from the wreckage, why not download yourself an MP3, or perhaps even watch the video? Don’t forget to share it with everyone and subscribe to our YouTube channel too while you’re at it. And, remember, the louder you play it the more likely the rescue team are to hear you and dig you out!