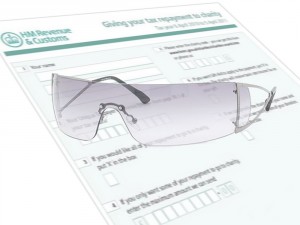 As the cavalcade of fundraising rolls round, and we swear at the TV for the lack of comedy or relief, one question remains: when is that pompous tax-dodging millionaire demanding we give generously going to bugger off?

Without wanting to strike too sour a note in the face of noble intentions, we think it’s probably about time the man whose adopted stage name derives from the latin for “good voice” (so, no ego there then) stop being so bloody irritating and sling his hook in the direction of his favourite tax haven.

And so, in keeping with the legendary, sunglasses-clad, messiah-a-like himself, we thought that we could exercise our noble intention to bring about a great and positive change to the world by writing a song that will forever banish a source of immense suffering, whilst simultaneously drawing massive attention to ourselves, stroking our mental rude bits, and avoiding the HMRC inspectors when the royalties come in.

There’s no need to dig out your credit card and call the number on your screens … just scroll down, download one of our worthwhile MP3s, and donate your ears to a good cause. If you’re feeling very generous you could also download “The Ubiquitous E.P” which features this song along with three other fantastic tracks! Oh, and don’t forget to go and subscribe to our YouTube channel while you’re at it!

We’ll wait for you …