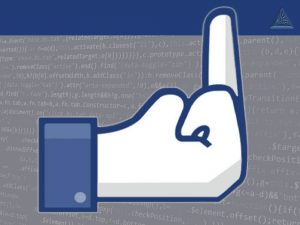 Being right all the time isn’t nearly as fun as you think. There we were, four years ago, telling you how ghastly social media is, and giving you plenty of reasons to hate it, and we’ve only just discovered there was one we didn’t think of!

Who could possibly have imagined that handing your every thought over to a giant, corporate, data-hoover would result in them worming their way into your psyche, and distorting your way of thinking to the political advantage of anyone who gives them wodging great fistfuls of cash?

Long gone are the days of stuffing ballot boxes with votes from the non-existent or recently deceased in order to swing an election … all you need now is a vast, digital space where everyone freely reveals exactly what lies you have to tell them and, with a tiny nudge in the right direction, they’ll happily kick themselves in the balls for you.

So, before you read that entirely trustworthy article on how the candidate you’re not sure about actually likes to fling burning puppies at children, why not give the newest take on one of our classic songs a listen, or perhaps even watch the video? Don’t forget to share it with everyone and subscribe to our YouTube channel too, or we’ll sell those pictures of your bum you thought were private to Steve Bannon.