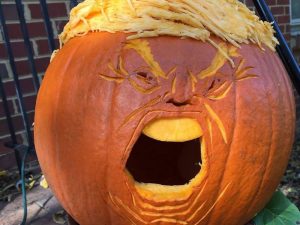 I used to have a blog once, better than this, I can tell you. Full of words, so many words, just the best. Millions of visitors, people commenting, free to say whatever, and they all said it was great. This blog and song are failing, believe me!

I don’t know what these Intermittent Explosive guys are talking about, do you? Seems to me they’re part of the witch hunt, I think Crooked Hillary and the FBI put ’em up to it. They’re definitely not Russian, though, I guarantee that much. Fine people there at that KGB.

You saw my inauguration, right? I’m hearing that right when God brought out the sun to shine so Trump’s day wouldn’t be ruined, Crooked H was on her phone telling these explosive guys – does that name sound Muslim terroristy to you, that’s what people are saying – to make up some boring song full of lies about me.

So, maybe you might wanna, I don’t know, buy one of these “Make America Great Again” hats instead of scrolling down this sad internet site and downloading an MP3 – NO COLLUSION – and listening to some fake band bad-mouthing Trump, or watching a bad video. Don’t bother sharing it with anyone or subscribing to their YouTube channel. It’s all a conspiracy, anyway.